In July 2020. The then-CEO of JUUL Labs was on Capitol Hill for congressional hearings pertaining to a perceived rise in teen vaping occurring across the nation.  Shortly after the hearings were underway, it became crystal clear that the representatives of the House Subcommittee on Economic and Consumer Policy were not on a fact-finding mission.  Rather, they appeared to be targeting JUUL and Mr. Burns specifically with a barrage of insinuations, rantings, and grossly inaccurate political rhetoric designed to appeal to the CSPAN-viewing public and demonize the vaping industry as a whole.

Their minds seemed to be already made up.  Vaping was bad, and it must be stopped – for teens and for everyone.

So, why are politicians so anti-vaping, especially when the science proves otherwise.  As far back as 2016, the premier public health agency in the United Kingdom, the Royal College of Physicians (RCP), published research which clearly indicates that vaping is approximately 95 percent less harmful than smoking.  The RCP even stated publicly that “e-cigarettes are likely to be beneficial to UK public health. Smokers can therefore be reassured and encouraged to use them, and the public can be reassured that e-cigarettes are much safer than smoking.”

But here in the United States?  Lawmakers – largely democrats, at first – had a very contrarian view of vaping compared to that of Europe.  In fact, just last week, a bill to ban the delivery of vapor products by the U.S. Postal Service gained bipartisan approval in the Senate.  The House of Representatives is expected to approve the bill this week.  Meanwhile, no legislation is even on the horizon concerning a possible federal ban on conventional tobacco cigarettes.

But where did our politicians get this outlandish notion that vaping is so detrimental to public health – perhaps even worse than smoking?  It all began shortly after President Trump appointed his first Commissioner of the U.S. Food and Drug Administration (FDA).  Within weeks after Mr. Trump took office in 2017, Dr. Scott Gottlieb was appointed to the FDA, and he began making false claims of a “teen vaping epidemic.”

Now, to be honest, Gottlieb was seeing a dramatic increase in the number of purchases of vaping products across all demographics of Americans.  But he was also seeing a tremendous and simultaneous decrease in both adult and teenage smoking rates nationwide.  Today, America has the lowest smoking rates in its history. 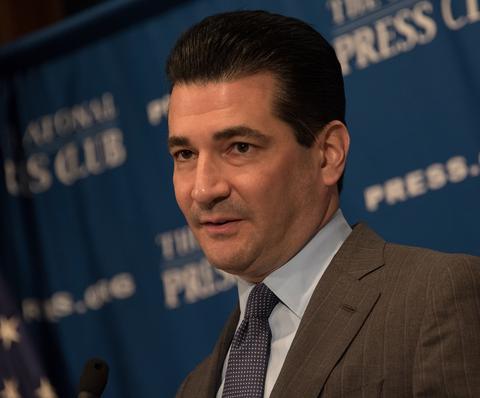 But it is fair to say that the numbers of teenage vapers have risen to “epidemic” proportions?  At least one world class epidemiologist begs to differ.  In a recent interview with Brent Stafford of Regulator Watch, Dr. Raymond Niaura discussed how these claims by the former FDA chief have been greatly overblown, are highly inaccurate, and are now becoming an actual threat to public health.

According to Niaura of the New York University College of Global Public Health, the FDA is misusing the term “epidemic“- probably for its shock value which is useful in gaining the attention of the mainstream media.  During the interview, Mr. Stafford asked the epidemiologist if the term was appropriate.

“Well, it depends on how you define an epidemic, which is actually NOT – as far as I can tell - [the FDA press release] doesn’t have the strict guidelines in terms of definitions.  But, it has been declared an epidemic by no less than the Food and Drug Administration and the Surgeon General of the United States.  So, by their accounts, it is an epidemic.“

It is true that the premier public health agencies in the United States – the FDA and the U.S. Centers for Disease Control and Prevention (CDC) – have often used the term epidemic several times in modern history.  However, as Niaura points out, these agencies typically reserve the term’s application to events surrounding a contagious or infectious disease. Vaping in neither.

“Yes, and you bring up Ebola, which is raging in the Congo right now. And that’s an epidemic...”
“Frankly, this is what was annoying and frustrating by the – back in the fall when the FDA and the CDC… and the Surgeon General were saying that [teen vaping] was an epidemic, we researchers didn’t have access to…this information at that point in time.  And, you know, we’re an obsessive-compulsive bunch.  We like to slice and dice and dissect and look at everything and kick the tires for ourselves to convince ourselves, you know, that we understand what’s going on.  And, you know, I have to say – and no offense to the FDA or the CDC or the federal government – but we don’t take things on trust.  That’s not how science works. “

The Regulator Watch interview was conducted about six months prior to the first reported case of coronavirus in the United States in January of 2020. Just a few weeks later after the virus had spread to nearly every nation on earth, the World Health Organization (WHO) reclassified the coronavirus outbreak as an international pandemic.

Due to this recent, life-altering event, Americans are becoming more accustomed to these types of medical terms – which may be why the mainstream media is beginning to use the term “teen vaping epidemic” less and less frequently over the last few months.  It also may be why the U.S. Congress is trying to sneak through a bill to ban vape mail.

If the average American ever caught wind that the U.S. Congress was wasting its limited time and taxpayer money on the banning of vapor products instead of providing stimulus checks, rent deferments, and faster testing protocols, they might be really, really angry.