The dark side of social media: e-cigarettes targeting young adults

The dark side of social media: e-cigarettes targeting young adults 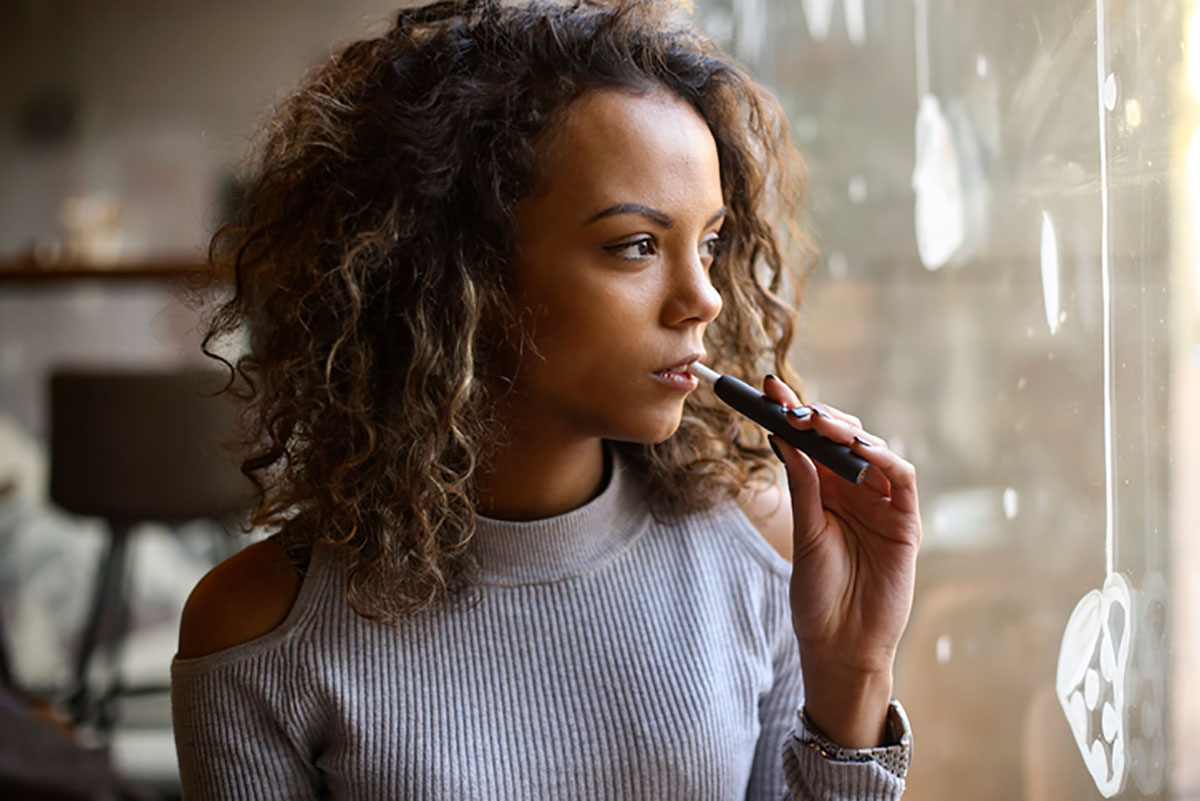 These days, electronic cigarettes, or e-cigarettes, are everywhere — even in the hands of young adults.

But because e-cigarettes are such a new product, their long-term effects, including their cancer risk, are still unknown. The potential implications that vaping could have on younger people has also been the subject of much discussion, and several restrictions, such as flavor bans, have been helpful in curbing e-cigarette use. However, one area of the e-cigarette industry remains underregulated: social media.

“There really is no regulation about what can be done in the social media environment, and this group of 18- to 24-year-olds pretty much lives online,” said Jordan Alpert, Ph.D., an assistant professor in the UF College of Journalism and Communications’ department of advertising. “They’re being exposed to messages that are glamorizing and glorifying e-cigarettes every day.”

Alpert set out to discover what impact the social media marketing of e-cigarettes is having on young adults. He researched different brands and used documents from Phillip Morris International Inc., a cigarette and tobacco company, to study whether e-cigarette brands are using similar marketing strategies to target young adult consumers.

“The big finding was that this kind of exposure to e-cigarettes really normalized them. They just became a typical, everyday thing that young adults see,” Alpert said. “It didn’t seem taboo or like anything was wrong with that. This constant exposure really normalized the activity for this age group.”

Brands often focused on an appeal of an overall lifestyle without even mentioning their products. For example, Alpert said, one advertisement showed a person lounging by a luxurious swimming pool and holding an e-cigarette pen — never directly mentioning the product but instilling in consumers’ minds that this would be a “cool” lifestyle they could live.

“The goal of this study was to bring more attention to the kind of marketing tactics that are going on and to try to have some discussion about any kind of regulations that could occur in the social media environment,” Alpert said.