Is Vaping Cheaper Than Smoking?

Is Vaping Cheaper Than Smoking?

Some research indicates that vaping might be twice as likely to help you quit for good than other nicotine replacement therapies, making it more effective for you in the long run. However, when compared to things like patches, gums and lozenges, there are increased costs, particularly at the initial purchase when vaping. The upfront costs are also much higher than for traditional cigarettes, but over time the monthly expenditure and yearly costs of vaping are considerably lower for the average vaper than it is for the average smoker. The bottom line is that vaping is much cheaper than smoking.

The Hidden Costs of Smoking 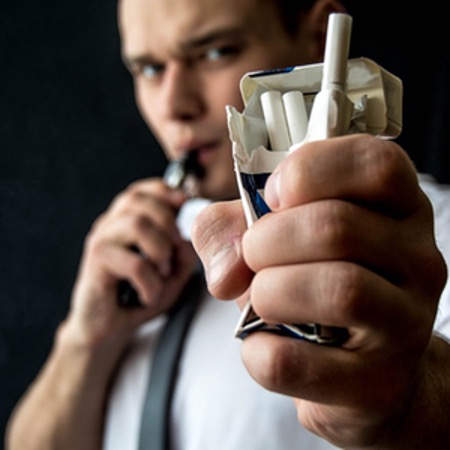 Figures from ASH (Action on Smoking and Health), tell us that a 20-cigarette a day habit in the UK will cost you over £3000 per year, with the UK being one of the most expensive nations in Europe to be a smoker. Now the national average for UK smokers is 11.3 cigarettes per day, according to ONS, so we can go ahead and estimate that the average smoker spends about £1700 on their habit each year. Of course, this figure does still vary pretty extensively - it’ll be a bit more for premium cigarettes and a bit less for those who roll their own.

As well as the costs burning a hole in your pocket, there are also indirect costs to smoking that you may not have thought about. A 2015 study estimated that the cost to the NHS of smoking was a massive £2.6bn! This included an increased:

There are also a few other big costs to wider society caused by smoking, including an estimated £5.3bn every year which is lost due to low productivity from smoke breaks as well as sick leave, and premature deaths with smoking-related causes. Smoking-related health issues also cost local authorities in the UK around £760m every year through social care needs, and another £4bn is estimated to be spent on other smoking-related services, such as increased litter collection & street cleaning due to cigarette butts, and putting out fires caused by cigarettes! Now these are quite abstract, and it can be difficult to estimate costs like these, but it’s certainly something worth taking into account when we talk about the costs of smoking.

The Costs of Vaping

Of course, there are a lot more moving parts to a vape than a cigarette, which is where a lot of the costs associated with vaping come from, particularly when you start looking at more advanced vape products. When you switch to e-cigarettes, you have to spend a bit more upfront to get your gear, particularly if you’ve never vaped before. However, there are plenty of affordable and beginner-friendly vapes out there, so even though the cost of an e-cig is a bit more than a pack of cigarettes to start with, over time, you’ll start to see the savings pile up!

The answer to the question “how much is a vaping device” is pretty much the same as “how long is a piece of string”! However, for beginners, you can easily get your hands on a quality vape pen or e-cigarette starter kit for around £20, and with a few cartridges or starter e-liquids to get you started, you can easily start vaping for less than the cost of a nice dinner! If you’re looking to invest a bit more heavily upfront, you can get a solid more advanced vape mod device for around £30, and a quality e-liquid to go with it for about £7. 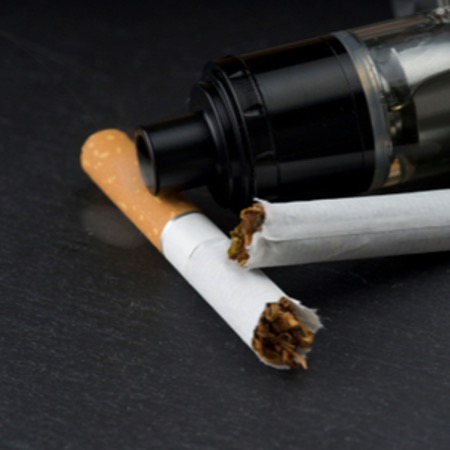 You may also need to pick up certain accessories and parts for your vape on a semi-regular basis. For those of you using vape mods and more advanced e-cigarettes, you’ll need to change your coils relatively regularly. The coil is the part of your vape that heats up to create vapour from your e-liquid, and should be replaced, on average, every two weeks, though this varies depending on how often you vape, and the kind of device you have. Vape coils cost around £12 for a pack of 5, depending on the brand you go for. That’s just over £60 per year. You may need to replace your batteries at some point as well. This can be every three months for smaller, less expensive devices or only every 18 months or so for a quality vape model. Batteries can cost anywhere from £10-20, so in the interest of fairness, let’s call it £15 every six months.

Over time is where your costs plummet when vaping, compared to smoking! Like smoking, the amount you spend of e-cigarettes will change based on the brands you prefer and how often you use it. Some of the cheapest brands offer e-liquids for less than £1, but when it comes to budget options, you really do get what you pay for, and you’re far better off sticking with vaping by spending a little more on good e-juice, rather than switching back to a traditional smoking habit. The average vaper will get through around 10ml of e-liquid per week, which is about £7 for a high-quality vape juice like the Vapour2 Platinum range. That’s £364 per year on e-liquids, a fraction of the cost of smoking! Even if you’re a heavy vaper and spend double this on e-liquids, the monthly cost of your e-liquid will still only be around £56, compared to the £250 per month that smokers will spend on cigarettes, as estimated by ASH.

Let’s do the maths then:

● £30 upfront for your mid-level device.

● £60 per year for replacement coils.

● £30 per year for replacement batteries.

Our calculations reckon that brings your total average vaping costs for the year to £484! That’s 3.5 times less than a smoking habit, which will run you up £1700 per year, on average.

To find out more about how vaping can help you cut down or quit smoking for good, take a look at our range of excellent beginner products or get in touch with our customer service team to see how they can help you get started on your vape journey!