What Do Doctors Say About Vaping?

Have you ever wondered what doctors have to say about vaping? Dr. Drew is a well known celebrity doctor who is a board-certified internist and addiction, medicine specialist. If you're like me, you grew up listening to Dr. Drew on LoveLine and know that he is passionate about people. This impromptu conversation regarding the hysteria around vaping was taken from a recent interview published on March 1, 2019, on the show "Dr. Drew After Dark."

What does Dr. Drew Say About Vaping?

It is clear that Dr. Drew has formed his opinions on vaping and he shares a few of them in this candid interview with actor Bobby Lee. In this video, Dr. Drew addresses a common misconception that nicotine is the same thing as tobacco. He states, "Tobacco is the problem. Not nicotine. Tobacco is what kills people. Nicotine is harmless. So if that (vape) keeps you off tobacco, dude vape away man." 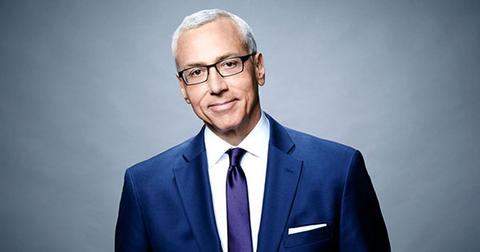 Dr. Drew goes on to state that he doesn't believe that researchers will find anything wrong with vaping (as they are hellbent to do so) and also ended the conversation surrounding the vaping topic with a powerful statement saying,"There is a curious reduction in drug, alcohol and tobacco use where you see high level of vaping."

The Hysteria Around Vaping is Way Overdone

Dr. Drew shares the same opinion as I'm sure many of us in the vaping community do. The moral panic around vaping is clouding the ability for the general public to see the realized and unrealized benefits vaping has for public health. What can we do to spread the truth? Let us know your thoughts below.