A Malaysian Minister Was Caught Vaping in Parliament

A Malaysian Minister Was Caught Vaping in Parliament 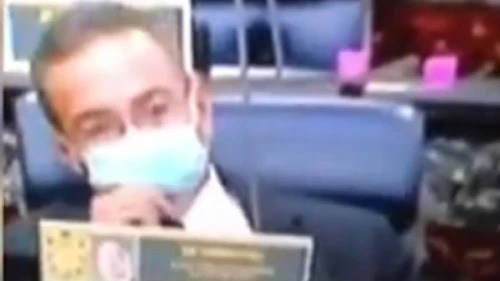 A Malaysian politician has apologized for vaping inside during parliamentary proceedings after a video of his brazen vape-sesh made the rounds on social media.

In the video, said to have been taken during a parliamentary session on Monday, August 3, Malaysia’s Foreign Affairs Minister Hishammuddin Hussein can be seen sliding a vape pen underneath his mask before blowing the vapor out.

The video has been retweeted more than 11,000 times as of Friday afternoon local time.

On Thursday, August 5, Hishammuddin responded to the video, saying that he had made a mistake.

“Sorry, I didn’t realize – it’s a new habit,” he tweeted. “I apologize to the Dewan (House of Representatives) and promise to not do it again.” 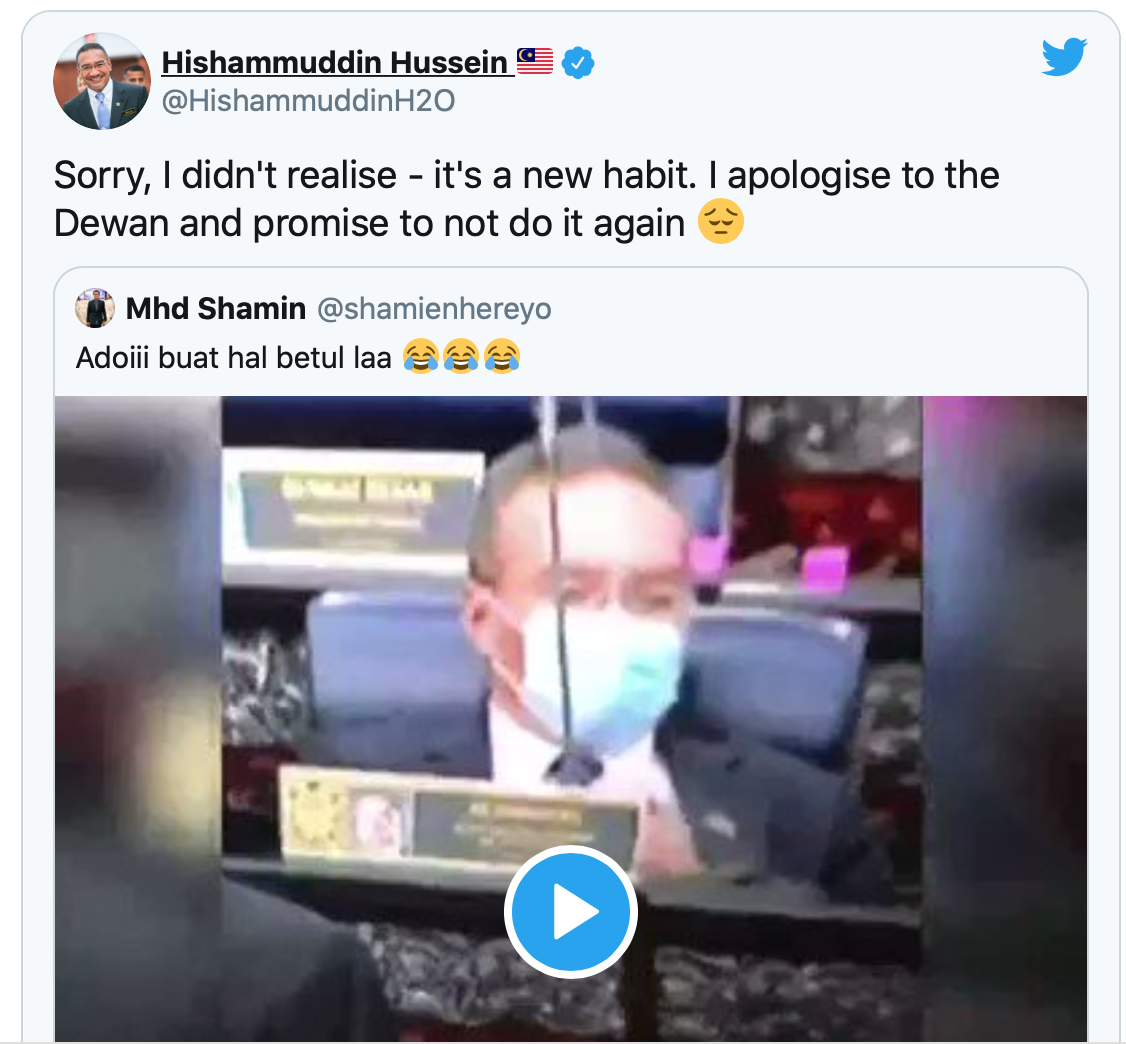 In a follow-up tweet, Hishammuddin said that he has been fined by the health ministry. He did not disclose the exact penalty.

“No one should be above the rules,” he said. 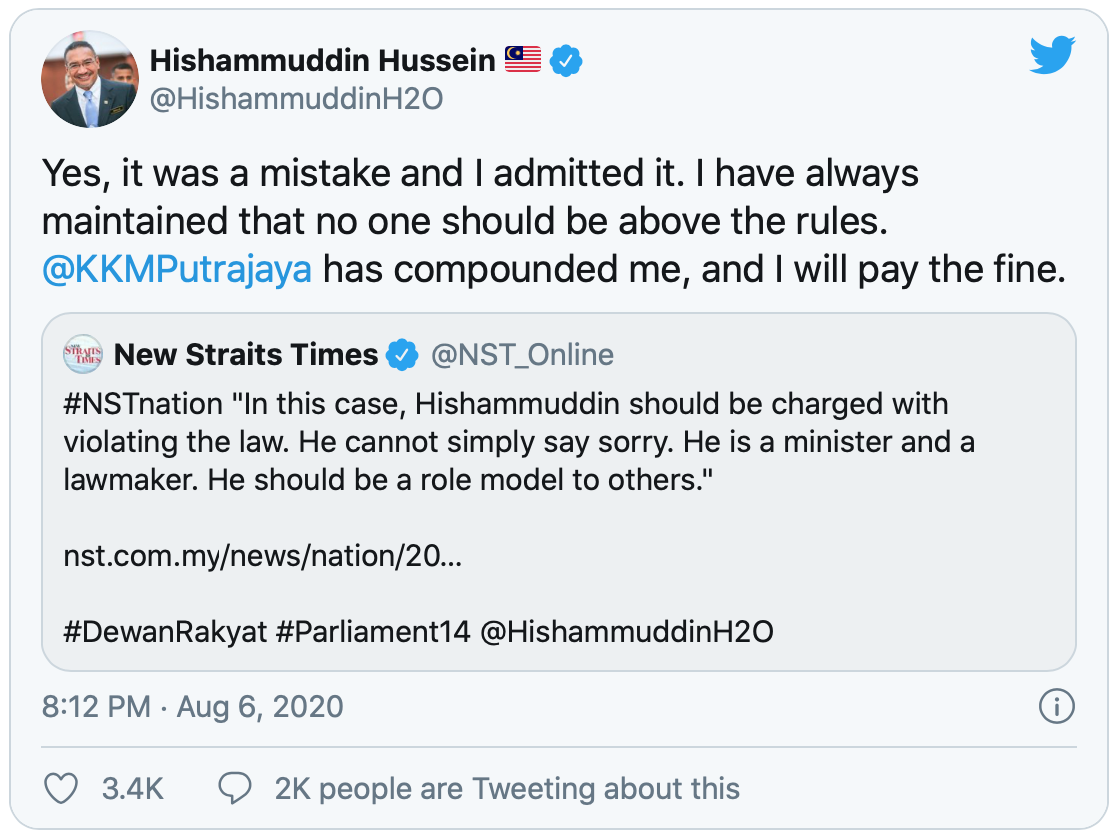 According to the New Strait Times, a member of the Malaysian parliament was previously issued a fine for smoking in the government building in October 2018.

Malaysia once considered a total vape ban in the country following U.S. media reports of fatalities linked to e-cigarettes and vaping. Tobacco products in the country are heavily regulated and smoking is strictly prohibited in restaurants.

The sale of vaporizer liquids containing nicotine has been banned in Malaysia since 2015.

According to the South China Morning Post, nearly a quarter of Malaysia’s population smokes cigarettes.